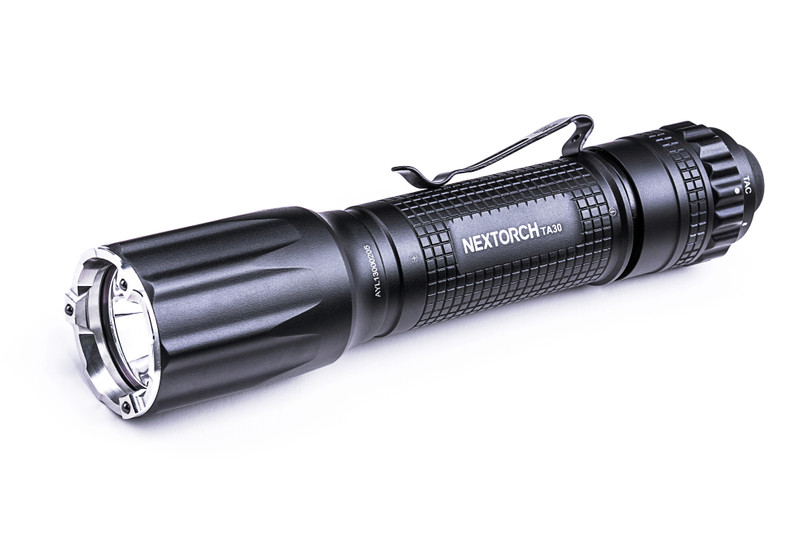 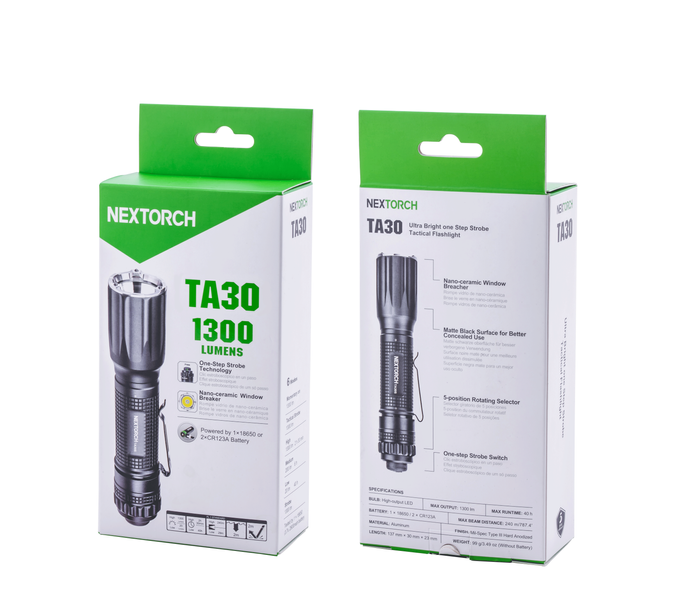 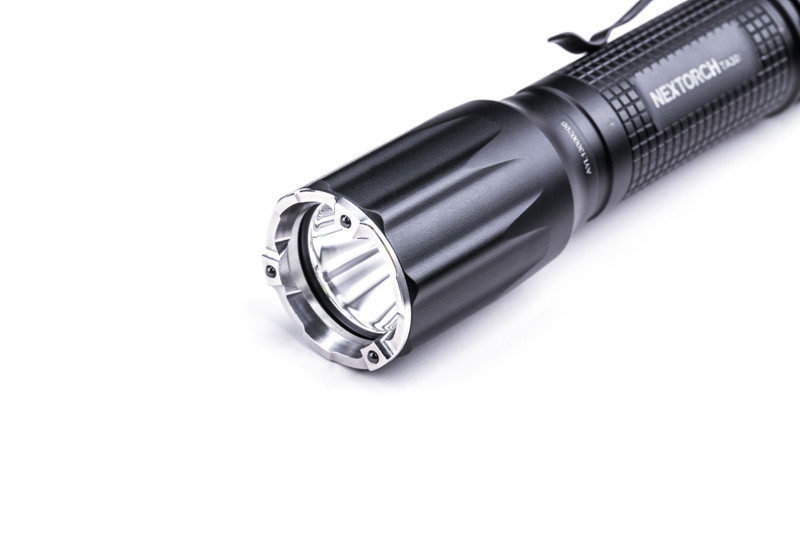 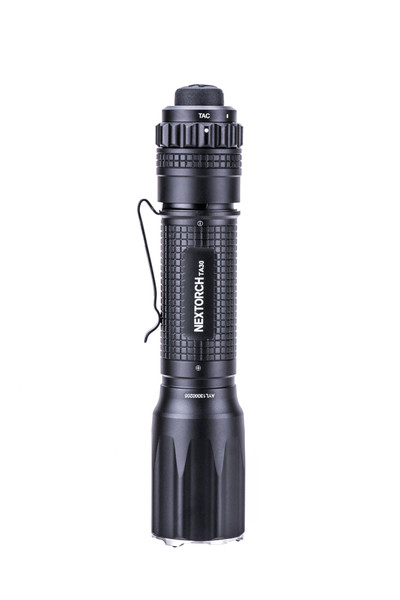 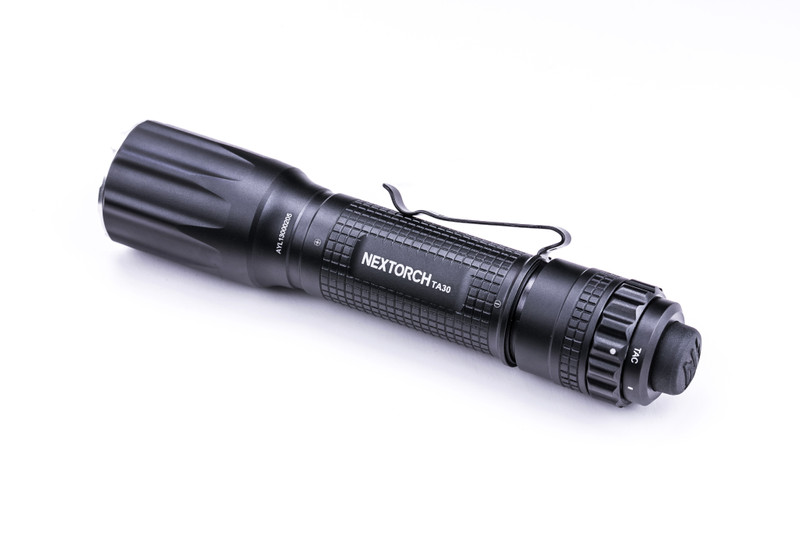 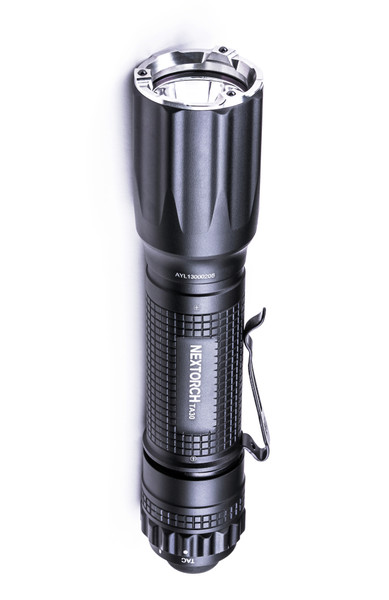 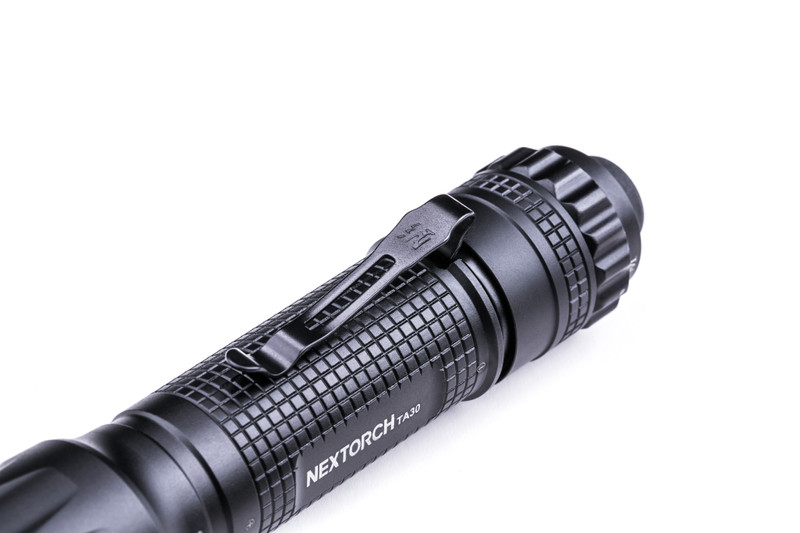 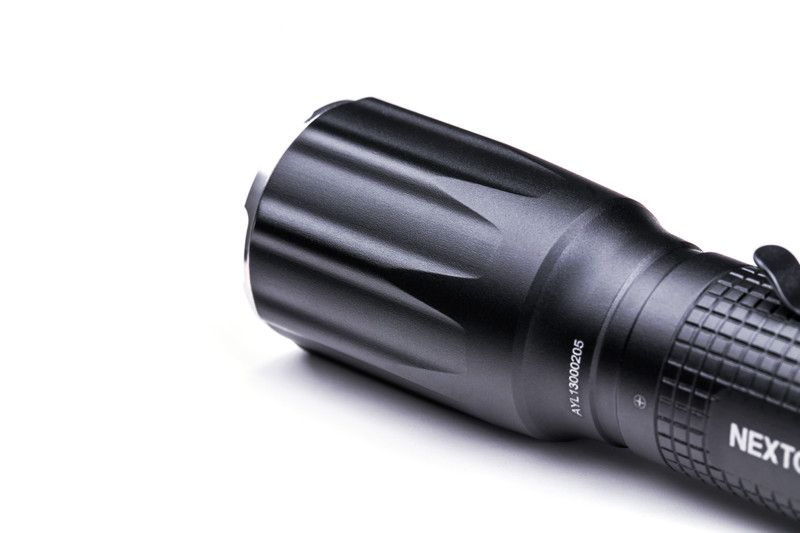 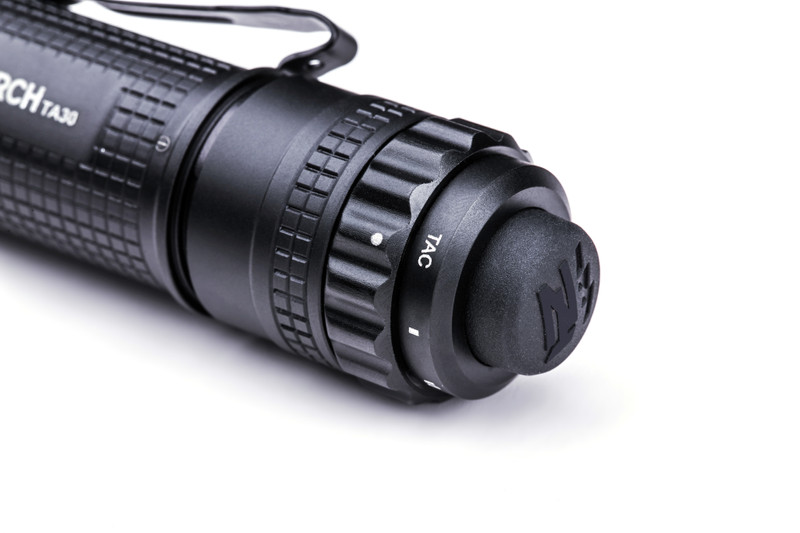 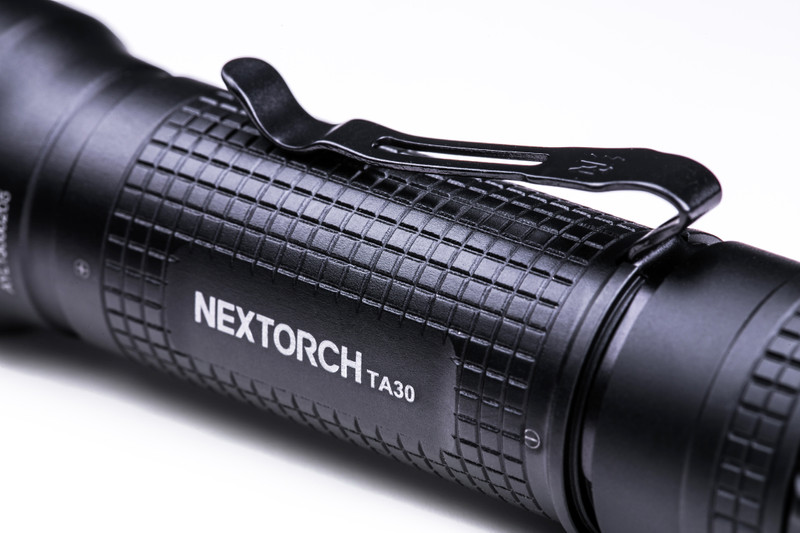 Now with 1300 ANSI lumens: The NEXORCH TA30 tactical LED torch has been upgraded with the OSRAM® P9 LED and now impresses with real 1300 lumens and a remarkable battery life!

The TA30, which has proven itself thousands of times in many applications, has now been sensibly upgraded! The new NEXTORCH TA30 now has a newly developed OSRAM® P9 LED instead of the CREE LED.
Thanks to this upgrade, the new TA30 now has 1,300 ANSI lumens* instead of the previous 1,100. Despite the significantly increased light output, the battery life has now been increased even further:
The current version of the handy TA30 now lasts a full 2.5 hours* with full luminosity - i.e. real 1,300 ANSI lumens - on one battery charge.

Nothing else has changed on the TA30 - the tactical switch, which is always highly praised by professional forces, with patented magnetic rotary switch (patent no.: CN201621489195.1), is still present, as are the 3 embedded nano-ceramic balls on the lens crown, which can be used as highly effective glass breakers. The TA30 can be used immediately to quickly clear vehicle windows, for example, when on duty or during a rescue.

Internationally recognised experts from the police, security services, law enforcement and the military appreciate the TA30's fail-safe operating concept, which can be used safely and intuitively at all times, even under the greatest stress.
The purely tactical push switch has two light modes: 1,300 ANSI lumens* and a second mode with 1,300 lumens strobe flash. This purely mechanical tail switch does NOT engage! This means: The TA30 insert lamp only lights up when the switch is pressed. If the tail switch is fully depressed, the TA30 is extremely effective in irritating the person opposite with the stroboscopic flash, e.g. in the event of contact with a perpetrator.

For constant continuous light, the TA30 is equipped with a patented rotary switch. This ring switch can be easily operated with one hand and locks into the desired light intensity. This means that the TA30 can also be used as a reading light for ID checks.
If the situation requires it, the TA30 can be switched to full light output and/or strobe flash immediately via the tactical push button.

The housing of the virtually indestructible NEXTORCH TA30 is made of a high-strength but ultra-light aluminium alloy, which is also used in aerospace applications. Thanks to the robust housing, this LED torch is also 100% waterproof up to a diving depth of 2 metres.

The NEXTORCH TA30 comes with a high-quality lithium-ion battery, which even has its own USB port!
Thanks to this ingenious USB port in the battery, it can be charged virtually anywhere and you don't need a special charger - a normal mobile phone charger or the USB port in the car is enough.

Our website uses cookies. Some of them are essential, others help us improve this website and your user experience. You can find further information about our use of cookies and your rights as a user here:

Marketing cookies are used by third parties and publishers to display personalised advertisements by following users across websites.

Content by video platforms and social media platforms are blocked by default. If you accept cookies by external media, access to these contents requires no further consent.

These cookies are used to store preferred settings and certain options selected by the user (e.g. disabling language redirect).

Essential Cookies are required to enable key functions as well as the stable functionality of the website.